A couple years ago, during both of our 4th viewings of The Force Awakens, one of my best pals, Zach Jones whispered to me, ‘that’s a pretty good band name’... and ‘that’s a good name for a song’. Kanjiklub and ‘Back To Jakku’ were conceived!  A week later he called and showed me what would become the title track. It’s been a long pregnancy, but our debut record is finally born!
We formed a band of rebels along with Steven Salcedo, Chris Anderson, Christopher Kuffner, and Oscar Albis Rodriguez, and the rebellion grows stronger by the day!  You don’t have to be a Star Wars fan to dig the record, but if you are it’s all the better.
BIG thank you to Jonathan Jetter at Right Angle Recording for mastering and Martin Rivas for the artwork.
Check it out on bandcamp, and soon on iTunes and Spotify and all the others. 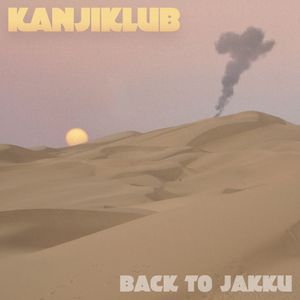